Squid Game has been an absolute breakout success, and that’s bad news for Disney. The show is doing so well that even the head of Netflix seemed surprised by it!

But there are actually a few really great reasons why Netflix’s strategy here paid off so huge. They are basically doing the exact opposite of Disney when it comes to creating new shows, and people are starting to pay attention.

Even Jeff Bezos had to pay his respects on Twitter to how brilliant this strategy was, calling it impressive and inspiring.

Now, naturally, people were skeptical that he would be paying Netflix such a big compliment since he did create Amazon Prime Video after all, but Bezos responded to those comments directly, saying that No, it was just simple admiration.

So why is Bezos so excited about Squid Game, even though he hadn’t seen the show yet? Well, Bezos is a businessman first and foremost, and he understands that Squid Game is going to change everything for the world of online streaming.

And the business strategy here is interesting, but I think the technological implications here might be even bigger since Squid Game could mark the key turning point for the commercial use of deep fakes, but we’ll get to that in a bit.

First, we need to cover why Squid Game is so successful in the first place. This isn’t the first time a foreign language show has broken out and gone viral globally.

Narcos captured everyone’s attention in 2015 with the wild story of Pablo Escobar, and the German time-travel series Dark was wildly successful when it launched in 2017. But Squid Game is a little different, mostly because of the speed with which it has gained popularity.

Just two weeks after its launch, Squid Game became a massive phenomenon and topped the charts in 90 different countries, including the United States. The core reason that Squid Game is so universally popular and hard to put down is that the subject matter is incredibly relatable.

The main plot centers around a game show with deadly consequences; it’s essentially a last man standing competition where whoever can stay alive the longest wins millions of dollars. Everyone has a relationship with money, and everyone fears death at some level. These themes cut across cultures and allow anyone with a pulse to clearly understand the stakes and get drawn into the story.

But there’s another reason why I think Squid Game has been so successful. The subplot. See, while the main plot centers around a group of characters fighting for their lives, and millions of dollars, the show introduces a detective character who is trying to uncover what’s really going on.

Mysteries also make for incredibly engaging stories, so Squid Game is basically putting one great story within another great story. If you were to delete all the scenes where the contestants are playing the actual games and just watch the detective work the case, I think you’d still be very entertained.

By combining these two addictive genres, the creators of the show are basically guaranteeing that you won't be able to put it down.

And this strategy works especially well because Netflix releases all the episodes at once. Binge-watching is a critical part of the Netflix content strategy, first and foremost because it’s just what viewers want.

But there is a major drawback. By pumping out content all at once, it’s much harder for Netflix to drive attention through positive reviews from critics. In fact, Netflix didn’t even mail out screeners to the press before the show went live, which is very abnormal.

This could be because no one, not even Netflix, could have predicted exactly how successful Squid Game was going to be, but it’s also part of their forward-looking strategy.

And Netflix has the power to design around bad critic scores. The Netflix app could easily integrate with Rotten Tomatoes or Metacritic to show users an aggregated rating before recommending a movie or show, but they don’t.

This is because Netflix is driven by an algorithm and only cares about finding a show that you, the current viewer, will like. Clearly, many people disagree with critics and love shows that get bad reviews, and Netflix is happy to serve that content to the people who will enjoy it.

When Netflix releases 9 hours of content in one go, reviewers often can’t even watch it all to write a review before the show has gone viral. And that’s a big advantage of the binge-able release strategy.

The flip side of all this is the Disney strategy. Two years ago, they launched Disney+, and the streaming service was an overwhelming success. The service broke 100 million users ahead of schedule, and now Disney is doubling down and aiming to release one new piece of content every week.

There’s a problem, though. Even though Disney’s content is, on average, extremely high quality, they don’t have very much of it. This chart shows the ratio of good shows to bad shows for every major streaming service, and Disney ranks incredibly well, especially for movies. But when you look at the total size of the Disney plus content library, it’s the smallest of any service.

This makes sense, though. Disney spends billions of dollars developing major franchises like Marvel, Star Wars, and the Disney princesses. They simply aren’t in the business of taking lots of risks on smaller projects, and they would much rather spend billions acquiring a company like Marvel that everyone already knows about. This leads them to miss out on wildcards like Squid Game.

The most impressive thing about all this Squid Game virality is that it was based on no existing intellectual property. It wasn’t adapted from a book or video game, and it still succeeded with no built-in fan base.

Now, you could say that it builds upon established works in the broader battle royale genre, especially movies like As the Gods Will, but there’s nothing stopping Disney, Amazon Prime, or Apple from developing a similar title. They haven’t, and the reason comes back to the Netflix core strategy.

Netflix focuses relentlessly on user engagement. The team there understands that they are competing with every other app to deliver something interesting to watch.

That means having lots of content. Instead of putting massive resources into a single franchise, which people could get tired of, Netflix focuses on taking risks on lots of new projects. Many of them fail, but when one breaks out, it changes everything. Stock in Netflix hit all-time highs shortly after Squid Game went viral, so the strategy seems to be working.

There is another Netflix competitor that we haven’t talked about yet, and they have way more content than any other platform by far. I’m talking about YouTube, of course, which, in some ways, is the Netflix model on steroids.

This all bodes well for Netflix, but we still have to discuss internationalization and the future of deep fakes. Netflix is by far the most aggressive streaming service when it comes to translation.

Translation and dubbing are one thing, but they don’t always work out as planned. I’ve seen tons of videos floating around about how bad the English dubs were for Squid Game and yeah, they’re pretty bad. But technology is about to change all of that.

Deep fakes are already pretty impressive on their own, but they don’t have a ton of practical uses. Sure, you can make a funny video, but they aren’t widely used in Hollywood, at least not yet.

Part of the problem with deep fakes is that, to get a really realistic result, you need an actor to stand in and give a convincing performance. They will definitely help movie studios bring back actors to reprise famous roles long after they are gone, but that’s a bit of a niche use case.

Deep Fakes will also probably help for future projects like the Irishman, where older actors are digitally de-aged to play their younger selves within a story, but I still think that won’t be as impactful as what deep fakes could do for internationalization.

Two years ago, a team of machine learning researchers released a paper called “Text-based Editing of Talking-head Video.” In it, they describe a method for automatically generating mouth movements to match words that were never spoken by the actor. Take a look at this sample:

Even though this is just a two-year-old demo, the results are pretty remarkable. I really don’t think it will be long until this technology is rolled out at companies like Netflix across the entire content catalog.

There are still a few major hurdles, like dealing with odd lighting scenarios and shots with heavy visual effects, but it definitely seems within reach. Obviously, you’ll still need a great voice actor to bring the performance to life, but AI is getting better at generating realistic voices as well, so it’s entirely possible that in a few years, translation, dubbing, and mouth remapping will be fully automated.

Deep fakes are endlessly fascinating to me, so if you’re working on anything related to this, I’d love to get in touch with you to talk more about it.

If you enjoyed this blog post, make sure to check out similar articles on the site. If you enjoy discussing tech, space, entrepreneurship, and much more, you should head over to our Discord Community.

This blog post is also available as a video: 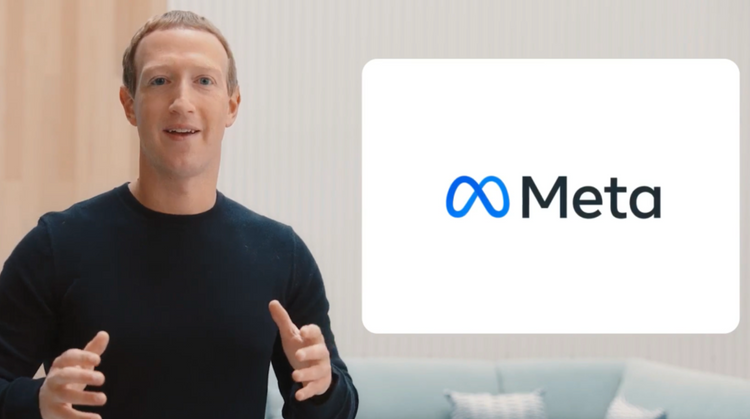 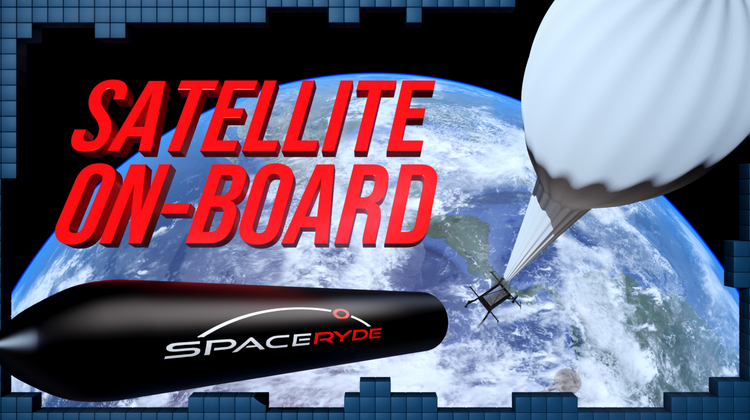 If you think rocket science sounds difficult. Just wait until I tell you about this company, SpaceRyde [https://www.spaceryde.
Oct 13, 2021
9 min read
Oct
11 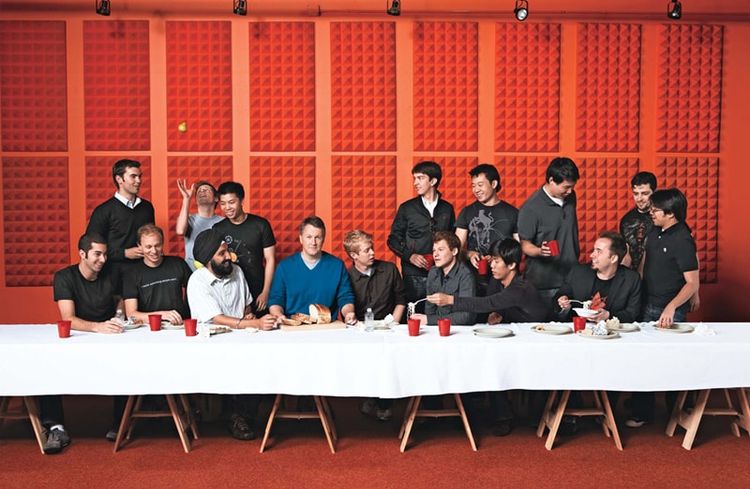 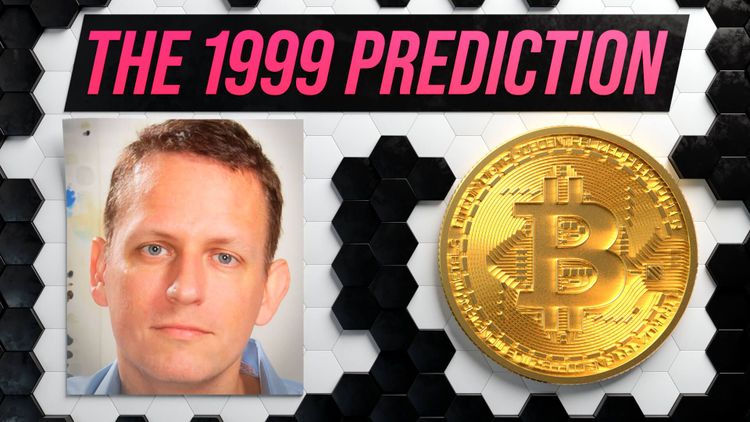 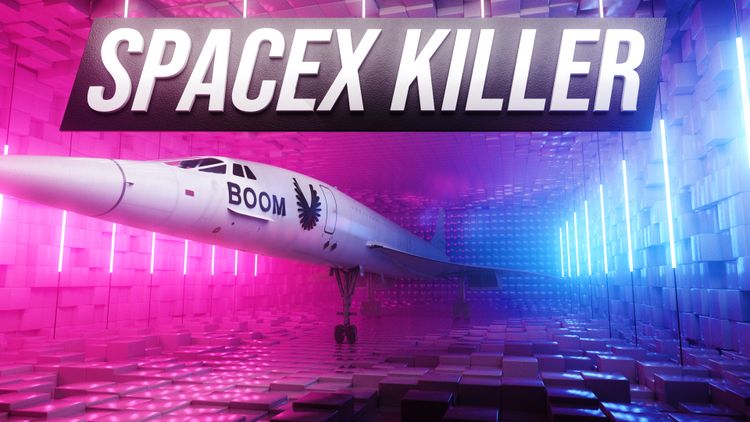 Boom is an amazing company. But will they be able to achieve safe and sustainable supersonic flight?
Oct 3, 2021
10 min read